Potatoes originated in the Andes Mountains of Northern Peru. In the 1700’s they were imported to Europe where they thrived, grew well in poor soil and traveled well. Kings had them grown because they made good food for their armies.

It became a staple in the diet in Ireland. In 1845 and again in 1849 the blight decimated the potato crop. The blight was due to a fungal infection. This caused a famine in Ireland. It is estimated that over a million people died and a million emigrated. They immigrated primarily to the United States.

There was little restriction to immigration or to who could immigrate. The fact that the Irish spoke English made their assimilation easier.

In the latter half of the 1800’s, after the American Civil War to the early 1900’s the American industrial revolution was going strong and labor of all types was in demand. Recent immigrants were especially desirable since they were willing to work for less and under poorer working conditions.

The statue of liberty was conceived by the French citizens to be given to the United States in 1876 to commutate 100 years of the writing of the Declaration of Independence. It was symbolize to liberty that had started in France a few years before in 1776.

Private funds were to be raised in France to build the statue. The US was to raise public funds, select a place and build a stand for the statue to stand.

Raising the money proved to be a difficult on both sides of the Atlantic.

The statue was built in France and placed on Bedloe’s Island in New York harbor in 1886.

Over the next 30 or so years, as immigrants arrived from Europe it became a symbol of a new life. They had arrived in the “land of opportunity”.

In 1910, a plaque with the poem “New Colossus” by Emma Lazarus on it was placed in the Library Museum in the base of the stature.

With conquering limbs astride from land to land;

Here at our sea-washed, sunset gates shall stand

A mighty woman with a torch, whose flame

Is the imprisoned lightning, and her name

Mother of Exiles. From her beacon-hand

With silent lips. “Give me your tired, your poor,

The wretched refuse of your teeming shore.

Send these, the homeless, tempest-tost to me,

I lift my lamp beside the golden door

The statue of library was now a different symbol, advocating a no restriction immigration policy.

By 1910, the policy of isolation began to appear. Jobs were not so plentiful, labor unions began to form and the sounds of War were being heard in Europe.

In the 1920’s prohibition was the law and money could be made on the stock market. Quotas were in effect for those wishing to immigrate to the US.

Then Black Friday hit in 1929. During the 1930’s the great depression caused thousands of men to lose their jobs and stay out of work. There was no public assistance.

In 1932, Roosevelt was elected President and started various government run and financed public assistance programs to provide work for the thousands of unemployed American citizens. Welfare checks, social security and CCC to name a few of the things created.

This cause the policy of isolation to intensify and a strict adherence to the quota system was observed. There was also great fear that allowing immigrants from Europe would result in our becoming involved in the rising strength of Hitler. The mood of the nation was, “All that was a European problem and we wanted no part of it.”

Anti-Semitism was raging in Europe and showed itself in the actions of the US immigration policy.

In 1942, when the Japanese bombed Pearl Harbor and Hitler followed by declaring war on the US we were ill prepared for War. One of the measures of our isolation policy is that we had only 100.000 men under arms.

After WWII we accepted thousands of displaced persons from Europe. We also issued education visas to thousands of doctors, nurses, engineers and others who wish to come to the US for post graduate education.

The brain drain was on. It was easy to obtain an education visa. After five years they could apply for a citizen visa and obtain citizenship another 5 years later.

This became a huge problem in the medical profession. Many if not most of those who came were poorly trained. There was also a huge language barrier.

Similar problems occurred is other fields.

In the 1960 communism swept South and Central America. At first, things where stable but soon things began to unravel. (the US was active in the regime changing business)

The economies, especially in Central America began to falter. People began to move north across the Mexican border into the US.

At first this movement was small but over the last 20 years it has grown to be an estimated million people a year.

The countries of Central America are poor and dangerous. Drugs and drug smuggling is a major part of the economy. Those that have arrived in the US and work in various unskilled jobs send part of their pay check back home. This money is a very significant part of the GDP of these countries.

Possible questions for discussed are: 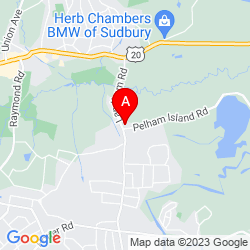 The RMA meets at First Baptist Church of Sudbury, 162 Landham Rd, Sudbury, MA 01776
Meetings are held Second Friday of the month from 10:00-12:00; Second Thursday of the month July and August.